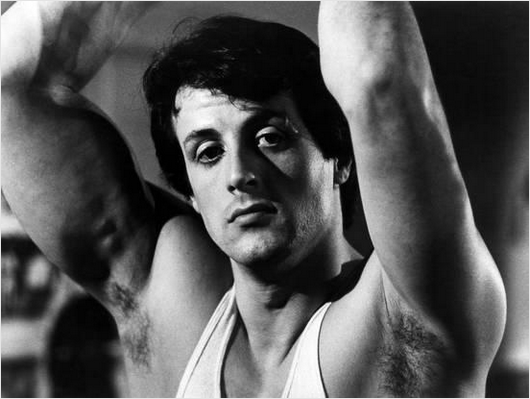 Released in 1976, a small independent film written by and starring a mostly unknown actor won best picture. This film had a lot against it. It was very low budget, the script was written in the course of three days. The casting was tumultuous with the producers not believing that the lead actor was right for the role he created and the other principal roles weren’t cast until late in the game. Yet, it reached $117 million at the box office – an absurd amount for a film in that day. It received ten Oscar nominations and won three.

So this one my top the list of the “I Can’t believe you haven’t seen it already.” I have seen so many scenes, clips, and “making of”s that I feel like I had already seen it. And I had seen a lot of it, but sitting down and finally watching it knowing what I know now about how unusual it was that it succeeded, makes the event more enjoyable. Watching it in sequence did make one thing clear to me: Rocky is definitely not about boxing.  All good sports movies have this in common, but I was struck by how little time is actually spent watching boxing during the run time of the movie. The final fight is pretty short and other than a few minutes of fighting at the beginning the rest of the movie is more about Rocky and his relationship with Adrian.

Watching Rocky in the context of a modern view really does make one question how it could’ve won best picture, but in 1976 we were still willing to accept a fictional story about an every-man who went from not being able to climb some steps without getting winded to beating the heavyweight champion in a few weeks. The greatest achievement of this film is that it shows a good man, a blue collar, normal guy – and does it without showing life to be hopeless and cynical – and yet somehow it is almost universally loved by audiences, critics, and the industry.

As with watching most movies from this time, the cinematography was much more simplistic. Mostly medium-wide shots of any given scene while close ups were rare and extreme close ups were non existent. The camera is static and outside of the action for pretty much all the movie except for the scenes where Rocky is running, but even those are wide and are pretty simple tracking. Compare this to the Creed films – especially the first Creed wherein there is an entire fight shot in one long stedicam shot. Not to take away from Rocky – it was original – it was THE original. It does hold up quite well in spite of this. And the slow-pace and simple story is something that we miss today in modern cinema. It’s innocent and fun – and that’s rare on this list.