So here’s another in the long line of teen fantasy/dystopian/romance/drama movies-based-on-books. Is it any better than the rest? Is it worse? Is it a stand out? Is it worth seeing? Would I look good in a beret? Well the answers to those questions are yes, no, kinda, I’d say so, and of course. 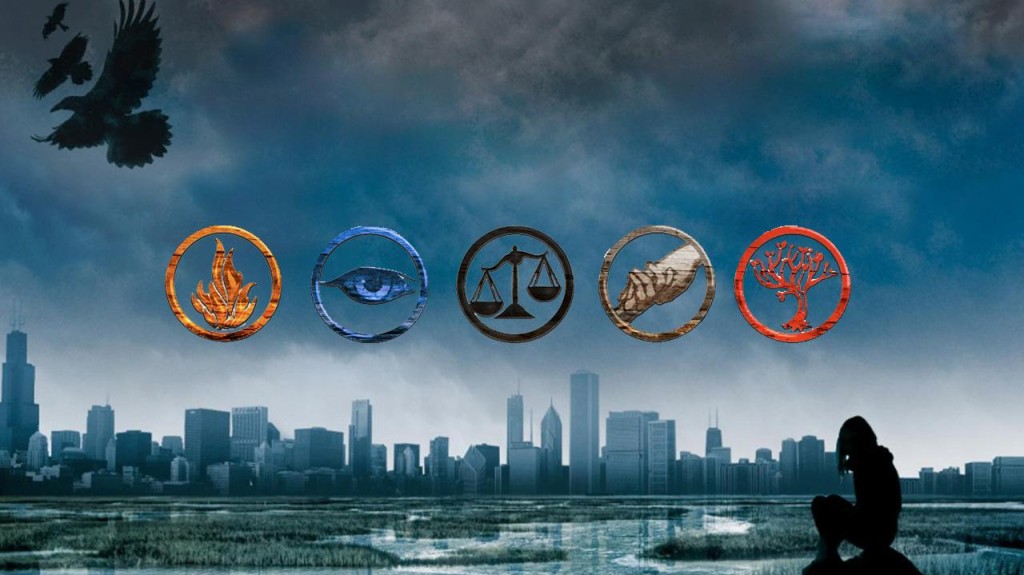 The book vs the movie

I know I’d make many movie reviewers upset by saying that I don’t believe, as they do, that the movie should be judged separately from the book. I do believe that a book should be judged separately from the movie, but the goal of any filmmaker who is adapting a book should be to do the original work justice. Their goal should not be to retell the story from their point of view or to take it in an entirely different direction. I believe that you cannot give a comprehensive review of a movie-based-on-a-book without reading the book.

As such my first compliment to the movie is this: as a fan of the book I was satisfied. While there were and handful of important changes to the book, none of them were to the characters. For the most part the plot remains the same with only a few details being left out – mostly, I’m sure, for the sake of time. There are also details left out because some things play on the page that don’t on the screen. Fans of the book might miss the random death of a initiate that doesn’t make the jump out of the train at the beginning. It’s small but I’m sure a few will miss it. Also the relationship between Will and Christina is non existent. In general all the secondary characters are glossed over in favor of streamlining the plot. All that and it’s still almost two and a half hours. Some will be upset that the character of Al is barely present, I’m sure, though it didn’t bother me at all. I think the greatest change is Tris’ interaction with Jeanine, who of course plays a major role at the end of the book, but is barely there otherwise. I thought this was a weakness of the book, so I see it as an improvement.

The casting and the resulting acting were decent. I wasn’t overly fond of Theo James as Four. I thought he was a little too pretty. To be believable as someone Tris would be afraid of, he needed to be a little more grizzly in his appearance. Shailene Woodley was a good choice as she fit the description of Tris quite well. Her child-like voice drove home Tris’s small stature, innocence, and naïve nature. Zoë Kravitz did a good job rounding out the family tradition of playing relatively minor characters in Teen-dystopian best-sellers-turned-movies. She didn’t exactly fit the description of the character from the book; Christina is supposed to be taller than Tris, but she fit the character well enough that it didn’t matter.

The secondary characters were mostly strong, especially the veterans like Kate Winslet, (now 18 years past Titanic) and Ashley Judd (18 years past whatever Ashley Judd shot 18 years ago) who gave a gravitas to their characters that was sorely needed to convey their importance with relatively little screen time.  The antagonistic Eric and Peter were played by Jair Courtney and Miles Teller. Both did a good job of making me not like them. (Though honestly Miles Teller’s filmography makes me not like him) And Maggie Q was a good choice for the role of Tori, though I wish they had spent just another minute with her character. If there was a weak one in the bunch it was the role of Caleb played by Ansel Elgort. Part of it may have been the way the character had to be cut for time, but in the book I remember liking Caleb more and I found Elgort’s performance to be too anxty.

And one more “nit-pick” is Theo James’s accent. Whenever an American plays a Brit they get hammered if their accent sucks, but here lately we’ve been totally cool with outsourcing our male leads to guys who can’t do an north american accent to save their life. (I’m looking at you Charlie Hunnam) He isn’t as bad as his Pacific Rim equivalent, but just listen how James goes from midwestern US – to british – to Chicago all in one sentence a few times. Just listen, you’ll hear it. 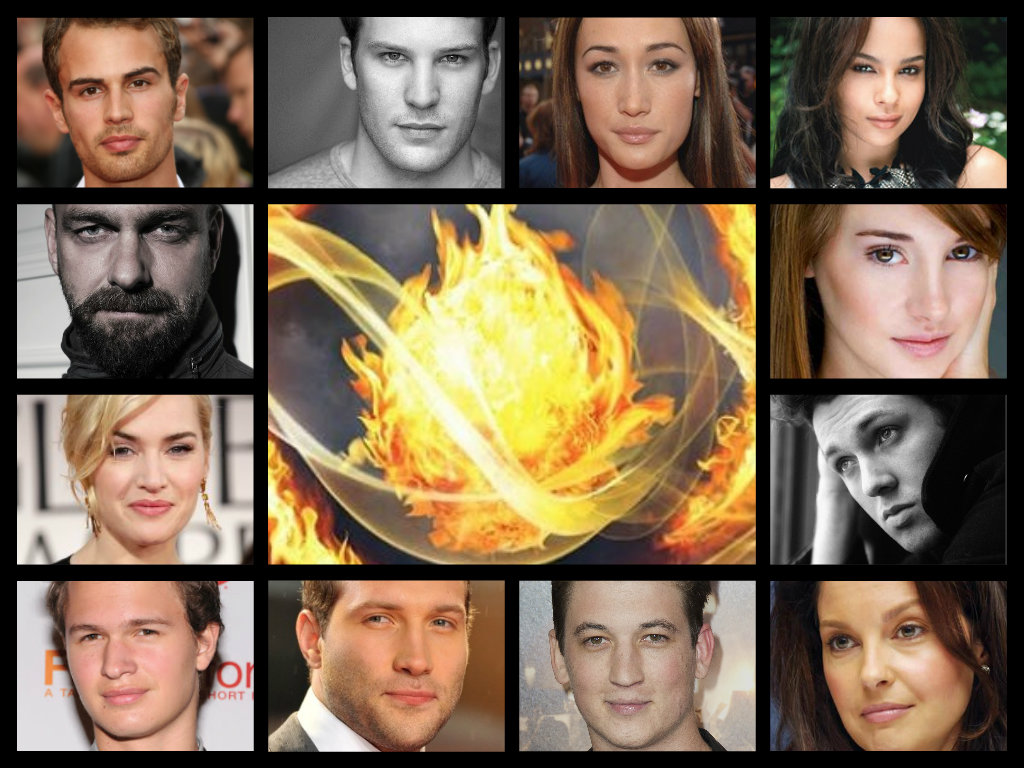 The production choices were mostly great. Dystopian Chicago looks really cool and the attention to detail in the wide shots is very impressive. The choices of music were odd, however. If it weren’t for the music, the movie would otherwise be timelessly set in the future, but I’m afraid with the highly stylized pop soundtrack, including notes of dub step several times in the high-tension moments, there will be a constant reminder that though the movie is set in the future, we’re still living in the twenty-teens. And while we’re talking about strange choices I’ve got to talk about guns. Why do the guns in this movie look so goofy? This isn’t space or the 1980s. This is the US, did we forget how to make not-stupid-looking guns? I mean I guess if you were trying to make a gun with the purpose of having the other guy get distracted and laugh at you for carrying a supersoaker, then they accomplished their goal in the worst way.

It really took me out of the moment a few times when someone is wielding a weapon that looks like it was bought on the toy isle of the dollar store.

Ok Ok Ok, I’m being harsh about a small detail. Basically, it was great. The movie followed the book well and the acting was basically good. Let’s talk about the plot.

If you’re not familiar with it, in the story of Divergent takes place in Chicago of the future wherein the US has crumbled in the wake of some war and large cities have been reduced to City-states left to their own devices. To maintain the peace society has has formed an odd system of separating everyone into five factions. Each faction aspires to a specific virtue and specializes in a different part of society.

There’s Candor who believe in truthfulness above all else. They manage the law branch of government. There’s Erudite they value knowledge and therefore manage scientific research. Amity is the faction that values peace, they handle health and farming. Dauntless is the brave faction. They handle police work and defense. And Abnegation is the faction that values selflessness. They are public servants and head the government.

When they come of age every member of society takes a test that tells the where they will best fit. They then choose which faction they want to be in. Think Harry Potter Sorting Hat meets Hunger Games’ Reaping ceremony.

Beatrice, the main character, grew up in Abnegation and has always been fascinated by Dauntless. After the test she’s told that her test was inconclusive. The word for it is Divergent and it’s apparently considered dangerous for some mysterious reason. The dauntless are shown running around to energetic music during the film’s opening so it’s not much of a surprise when Beatrice or – Tris – as she comes to be called, chooses dauntless. The Majority of the movie is about her initiation as well as the growing tension between the factions.

The movie gets a few things about the plot a little better than the book did. The book presents several events that are happening in the background, occasionally bringing them to the foreground, but the climax of the book seems to come out of almost nowhere as the events that foreshadow the ending are played down. The movie managed this much better. They essentially spell out the ending for you. The details are different, but it doesn’t matter as much when it is much more clear as to why the bizarre events at the end are taking place. In the book it comes out of left field in the movie it’s a line-drive down the middle. Some fans of the book won’t like it, but it plays better on film this way. 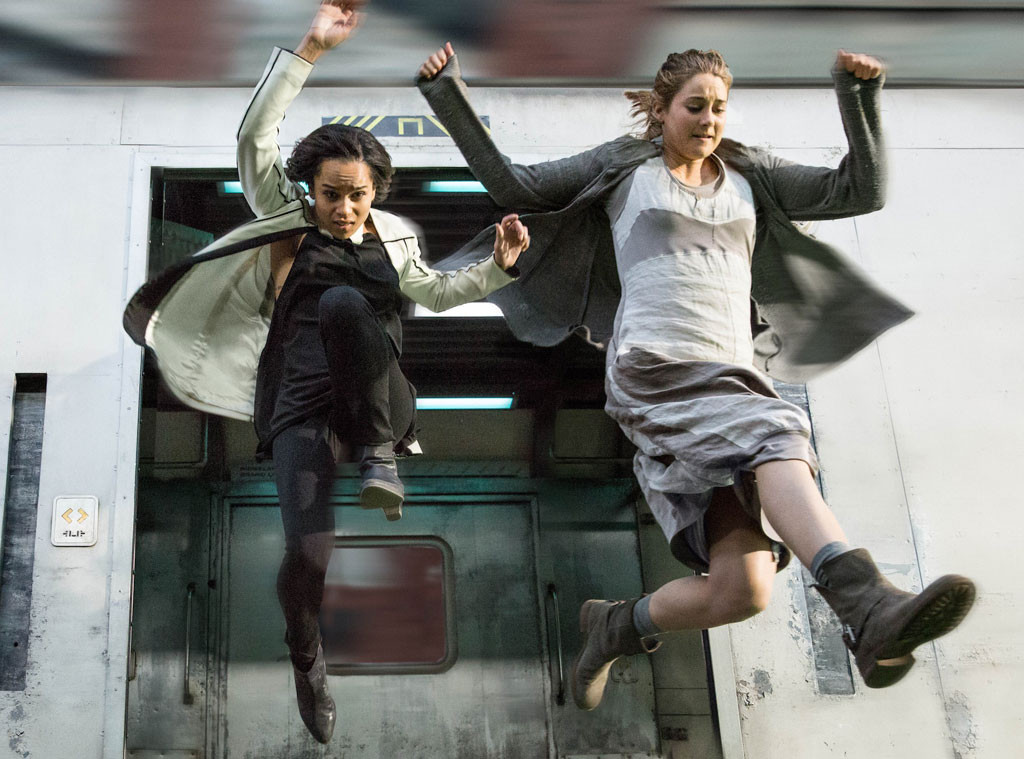 Even while reading the book I thought the premise was pretty crazy. It seemed too impractical to be believable enough as a world, but as I read on I felt like the world was well fleshed out and the characters seemed real enough to me. Eventually I got really engaged with the plot. While it’s not as good from a story or literary perspective as The Hunger Games, it still is miles ahead of series like The Maze Runner.(which would work better as an allegory)

It’s impossible to avoid the Hunger Games comparison with this book series and their films, but they are different books, written around the same time, and though they have many similarities; dystopian future, a ceremony, a scary government, teenage female antagonists, fight training, hunky guys… But that doesn’t discount its value as a story. While the hunger games is a better book in many ways, there are some things about Divergent that I prefer.

I hate love triangles as a story device and Divergent doesn’t have one. I can’t identify with a main character who has – as a major trait – an inability to get along with others. The story of Divergent isn’t quite as brutal as the hunger games, though it may not be as poignant. Because the premise isn’t an immediate turn-off, I don’t feel like I have to defend myself for enjoying it. And of course, the author, Veronica Roth, thanks “my Lord and Savior Jesus Christ” first on her acknowledgments page.

The main thing I appreciate out of both the book and the movie is the fact that I  identify with Tris more than I did with Katniss. Of course, I’m a guy so I’m not talking about totally identifying with her, but we do have some similarities. We both grew up in homes that value selflessness. Our fathers are both leaders in the community. We both dealt with bullies who mocked our worldview. We’re both often underestimated. We both have a “goodie two-shoes” reputation. And people don’t think that we’d shoot them if we had to.

The world of Divergent does raise some interesting questions. What if our world were run by only the most selfless people? What if every person had to ascribe themselves to at least one virtue in order to fit into society? What would the world look like without one of these virtues? Are there any virtues that you would add? I could write a whole entry addressing some of these questions, but no one wants to read all that. Instead, I’ll say that if you ever want to have a discussion with me about it, I’d be glad to sit with you and talk about all the social/political commentary that the book has to offer.

Over all I’m not going to say that this is the best movie of the year, but it is fun and has lots of things that make it solid. The main character is very much like what the book described – a very different character from either Katniss or Bella, but still both a strong character that both guys and girls can identify with. The setting feels real, though it has a very fantastic aura surrounding it. Over all I’d recommend going to see it. 4/5 Stars.

One Reply to “Divergent: Movie Review”